A new platform to brand and control immersive
Virtual Reality and 360° content.

With demand for VR/360° video rapidly increasing, Perspective Films wanted to tap into this developing market with a new VR/360° platform that would make their client’s unique projects stand out. 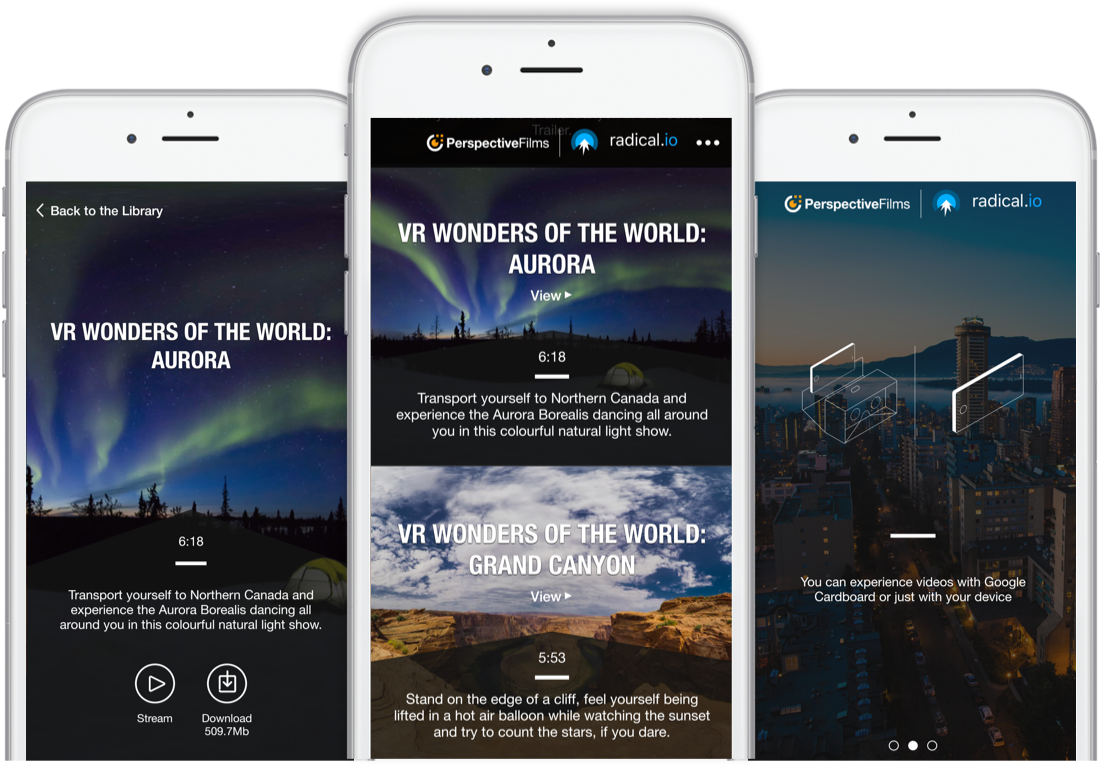 Our expert team worked collaboratively with Perspective Films, to reimagine the VR/360° viewing experience for mobile.

We wanted to ensure that the new distribution platform was user-friendly and completely immersive in order to build an enthusiastic new audience for Perspective Films’, and their client’s content.

At Radical I/O, we believe that VR/360° video should be accessible to all, so we recommended a solution using the Google Cardboard SDK and their cost-effective headsets.

The global virtual reality software market size is expected to reach 24.5B USD in 2020.

Radical I/O created BeThere360, a VR/360° app for iOS and Android that can be used with or without a headset. Current proprietary VR hardware can be expensive, difficult to use, and inaccessible for much of the population. BeThere360 was developed for use with Google Cardboard or just a mobile phone.

To ensure that viewers have a great experience during important events, BeThere360 and Perspective Films can specify which videos are downloaded so that users can view videos when they are offline, or when wifi and cellular network access is spotty. The app is also highly customizable with branding, messaging, and sponsorship capabilities.

Radical I/O quickly published the prototype versions, and then scaled up to finish the fully functional and refined versions of the iOS and Android mobile apps in time for several major VR conferences.

We love working with Perspective Films. They produce high-quality, engaging VR/360° content, and we are proud to have developed an exciting, white-label solution for their branded content.

We’re committed to creating feature enhancements to their mobile apps and web platform so that BeThere360 can continue to lead the way as an accessible, easy-to-use, and innovative VR/360° media platform.

Perspective Films was created in 2006 by Cinematographer Chris Bedyk, who has over 16 years experience capturing images for the broadcast, advertising, entertainment, and non-profit industries. Clients include Warner Brothers, Disney, Fox, United Nations, MAC Cosmetics and others. Camera operator by profession and visionary by heart, Bedyk’s passion for story-telling led him to build custom camera rigs and production equipment that offer a unique perspective, capturing exquisite images and making him the professional of choice for many studios. In 2013, Bedyk was encouraged by Oculus to create 360° content. After experimenting with 360˚cameras and attending the first Oculus conference Bedyk knew virtual reality would be the next immersive medium and wanted to be a part of this creative space. The rest is history. 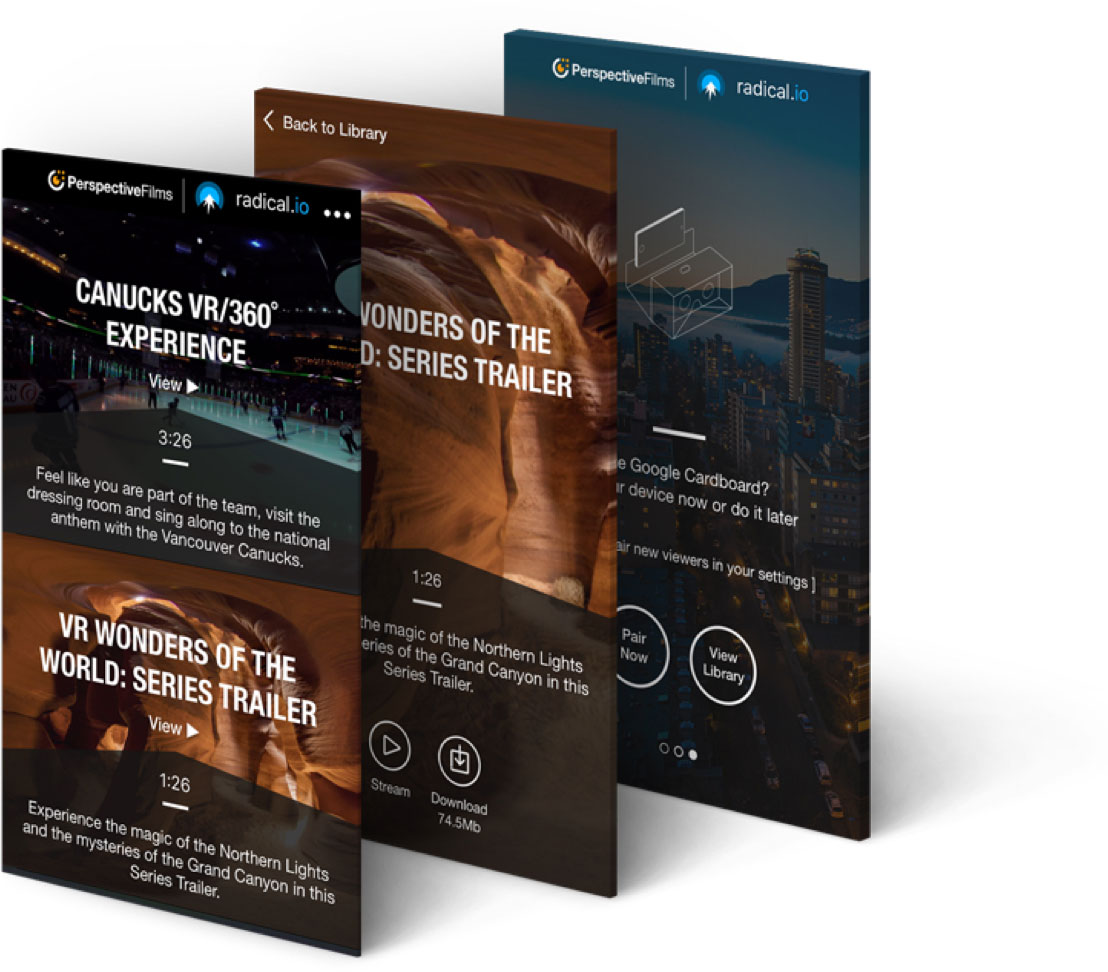 As immersive content producers, our Virtual Reality studio requires a reliable and easy to use platform that engages and reaches a large audience. BETHERE360 enabled us to create a custom VR/360˚ mobile app that lets us brand and control our content. We have been blown away by the feedback from our clients who have used the app.

Give us a call.

Send us a message.