MyRichmond: From Blue Sky Thinking to Building a Solid Basecamp 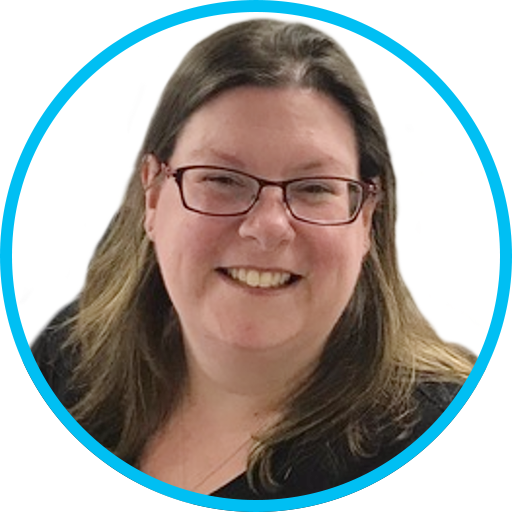 In 2017, Radical I/O was selected as the City of Richmond’s partner in implementing the first customer-facing element of their digital transformation strategy - a personalized portal for City of Richmond customers to access all their online city services in one place. The portal, called MyRichmond, needed to integrate with up to 10 different business systems and handle over 10,000 concurrent users based on the current highest traffic days of the year.

As Project Manager for this initially broadly-scoped 12-month long project, it was up to me to make sure we brought the project in on time and on budget. Therefore, it was crucial that our team start with an initial Discovery Phase that would help define a more specific scope and deliverables, as well as establish a strong working relationship with the City.

In the early kickoff and discovery meetings with the City, the level of enthusiasm and motivation from everyone involved with the project was inspiring and exciting. We all wanted to create something compelling, dynamic, and forward-thinking. Something that was of value to Richmond residents in their day-to-day lives as they engage with the City.

The City of Richmond wanted to change the way that they engage with their customers, increase connections, and make life better for their residents. The City’s core values for this project - inclusion, connectedness, and improving the daily lives of its citizens - perfectly aligns with Radical’s core values. We believe in Developing Technology with Purpose -  we are committed to creating technological solutions that make a positive impact and create connected communities. We strive to make people’s lives easier! We forged a great partnership, and individual relationships based on authenticity, honesty, and transparency, which are all critical for the success of a collaborative professional services project such as this one.

Blue Sky Thinking to Uncover the Mountain to Climb

The initial Discovery Phase of the project lasted 11 weeks, which is not surprising in a project of this size and scope. With the opportunity to start from scratch that a new and innovative project like this provides, we wanted to engage with stakeholders from across multiple City departments in order to ensure representative voices were incorporated into requirements and design.

During this time, Radical’s Enterprise Architect (and CEO), Ian, worked closely with the City’s architect to take a high-level pass through the City’s existing (and future-looking) technological ecosystem, business systems, and architecture. This exploration resulted in an initial high-level system and architecture design, plus recommendations for an approach to integrations project-wide.

At the same time, Radical’s designers, Sharon and Renée, undertook a detailed research and ideation process to explore key user groups, develop user personas, and map user journeys to inform recommendations on the framework and user experience of the portal. They produced a set of initial designs, primarily as wireframes but also with some branded UI inspirations, that: incorporated a wide range of City services; identified opportunities to personalize information displayed to users; and suggested what could be in terms of a citizen-centric personalized portal.

These designs helped stakeholders understand what was possible, not only in the short-term, but also as inspiration for the future. However, because this project was only the first stage (out of many potential phases) in developing the customer-facing element of their new digital strategy, our challenge was to bring the focus back to what could be achieved within the City’s initial timeframe and budget.

This would become our basecamp.

While larger overall goals, architecture, and system integrations were defined early on, specific requirements were not provided by the City at the outset because they wanted Radical’s help in exploring, and then defining, what could be possible. They also wanted the flexibility to prioritize features on an ongoing basis, depending on stakeholder priorities and other City project dependencies.

Our team established key principles to help with the ongoing prioritization process, which included:

We were able to determine the feasibility of each feature by taking a detailed dive into each concept and its related business system. This informed our recommendations for the whole project scope that were shared with the City, and which the City and Radical teams then jointly organized into meaningful groupings for the planned public releases. The group prioritized three central modules for public release 1: My Home, My Voice, and Profile. And then, about two weeks into development, as our developers planned their first agile sprint, we discovered that there was simply too much scope than could be realistically developed by our first delivery date.

Our basecamp was too high up the mountain.

The City was committed to the previously-identified three modules, therefore high-level scope was considered fixed at this stage. In order to fit into the available time-frame, we proposed that the priority of each feature be considered individually (rather than as part of a larger grouping), and then identify what was ‘core’ and what was ‘nice to have’ for each of the highest prioritized features. This was achieved via a series of meetings and shared spreadsheets, with input from both the Radical and City teams. This second round of prioritization allowed for a more focused discussion and agreement on the core requirements for each module included in the initial public launch, as well as an agreement to schedule an additional, smaller public release at a later point in the year to include the highest priority ‘enhancements’.

We now had a realistic basecamp location.

There were discussions, negotiations, and revisions to our existing project plan that affected scope and timeframes based on this prioritization and sprint planning process. Because we had spent time establishing trust and working collaboratively together early in the project, we were able to have open and transparent discussions, and come up with a new project plan that was beneficial to both parties. A true partnership.

As described above, we started with a design ideation process followed by increasingly focused rounds of prioritization, which definitely had some benefits, but also a couple of drawbacks.

At the same time, though, we had provided such a detailed picture of what could be that some stakeholders became attached to certain features that were either not an immediate priority, or not feasible within the timeframe for the current project. It took additional time and effort for our combined project teams to continually re-evaluate and slim down scope in order to fit features and their requirements into the fixed timelines.

MyRichmond was released to the public on May 31, 2018 with the three prioritized modules. Over the Summer, profile creation by Richmond residents has grown, with the majority connecting their property tax accounts in the My Home section. MyRichmond provides a fast and easy way to make credit card payments online, so the City has already seen an increase in credit card payments (over other methods) for property taxes.

A further public release was completed in September 2018, with enhancements and new features, including My Community and Notifications. My Community is a new module that allows users to search and filter for recreation activities and local events.

The City of Richmond wants to increase community engagement, create a more connected city, and improve life for its residents. With MyRichmond, the City has taken the next major step in  implementing their exciting digital strategy.

Our approach to this project - imagining the mountain, and the blue skies beyond, to initially build a stable and useful basecamp - means that we know where we want to go next. We have aimed high, and we have the plans we need to get there.

Thank you! Your submission has been received!
Oops! Something went wrong while submitting the form.
Privacy PolicyTerms of Use
© 2019 Radical I/O Technology Inc.